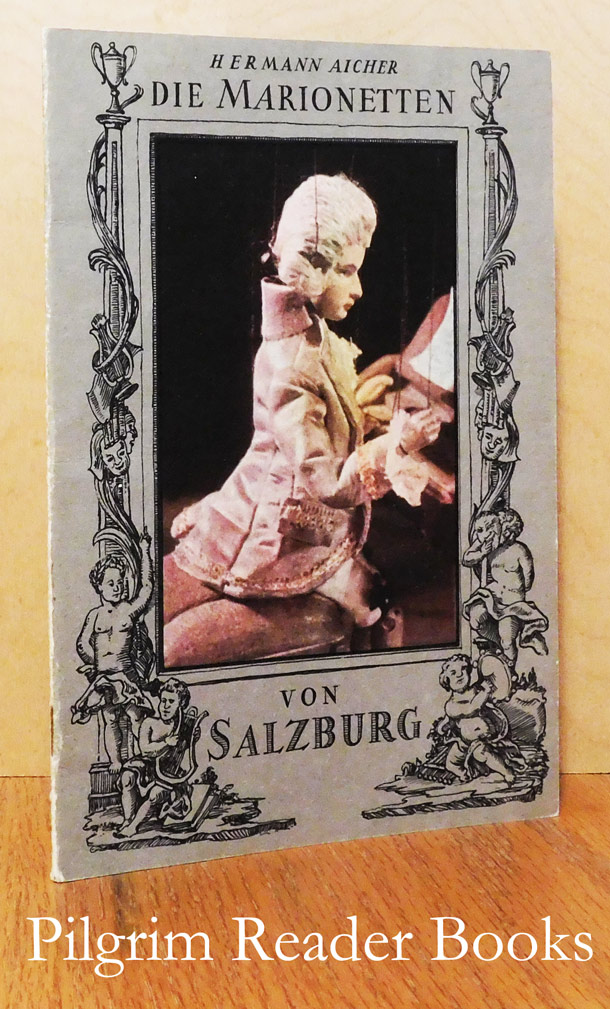 8vo - 20 x 14.5 cm.; Unpaginated with 16 pages in a saddle stapled binding. The text is in German, English (by Gerald Morice) and French (by Karin Schoor-Schauberger). From the title page: "nach Kunstfarblicht-Originalaufnahmen von Josef Kuntschak." Illustrated with 8 full colour photogrpahs one of which is on the front cover. Mild wear to the cover edges and the spine fold, otherwise clean witha sound binding. The shipping cost for this small item will be reduced after it is ordered.
View More... 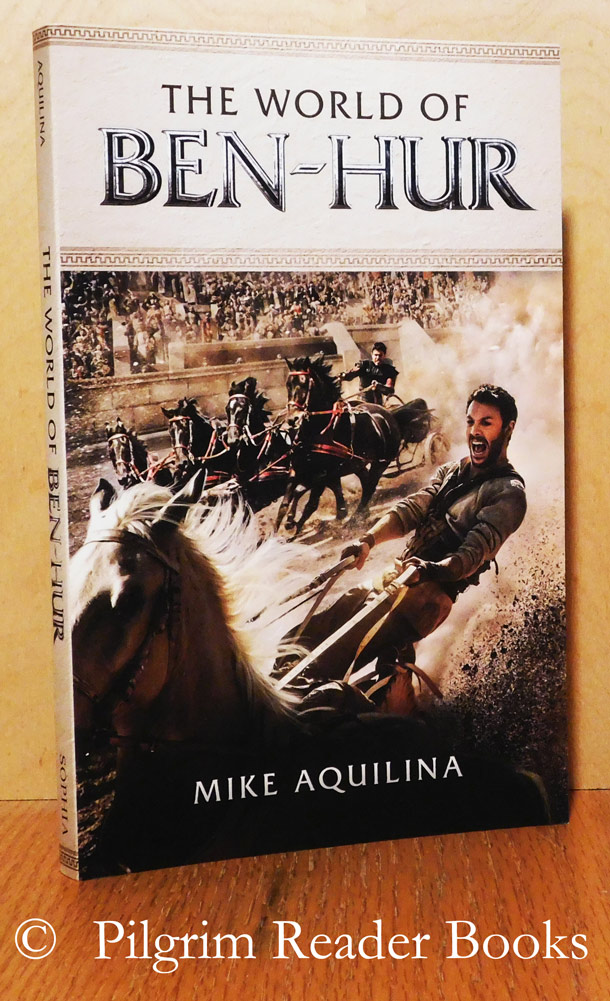 The World of Ben-Hur.

8vo - 21.5 x 14 cm.; vii - 167 pp. From the back cover: "As you strip away centuries of accumulated tradition and look at Jesus of Nazareth with fresh eyes, you will share with Ben-Hur the exciting, confusing, and life-changing experience of meeting Jesus for the first time." Published in conjunction with MGM. An as-new and unused book.
View More... 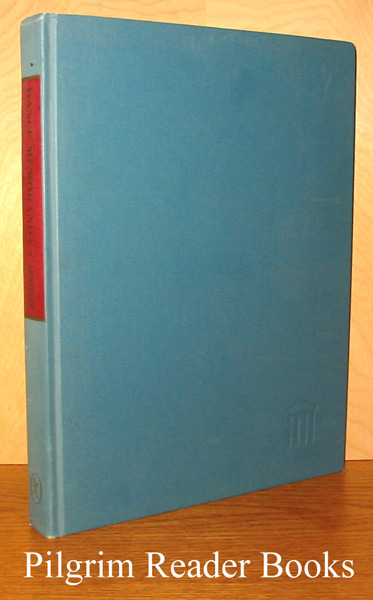 4to - 28 x 21.5 cm.; [6] - 58 - [224] pp. Teal blue cloth over boards with gilt lettering on a red spine panel. First published in 1946, this is one of the "Essay Index Reprint Series" from the Books for Libraries Press. Foreword by Catharine Bamman. Signed by the author on the front free end paper as follows: "This book, via Grace Denton Esser is for Frances Rich - one of the few people it was made for, and one of the few who can understand its meaning - Warmly, Merle Armitage, December 1973". Grace Denton Esser was a contemporary of both Frances Rich and Merle Armitage workin...
View More... 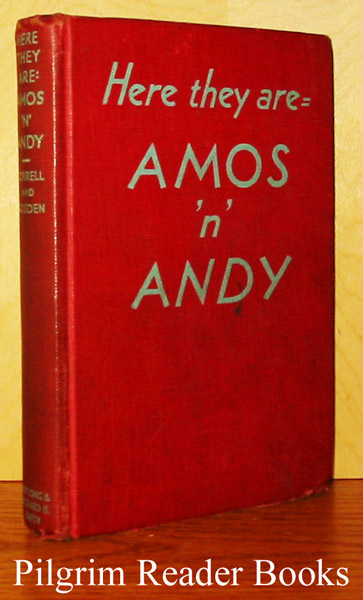 12mo - 18.5 x 12.5 cm.; vi - 174 pp. Red cloth with light blue lettering on spine and front board. No additional printings are noted. Foreword by Irvin S. Cobb. There are six black and white line drawings present including the frontis by Margery Stocking. Previous owner's name on the front free end paper. The corners are bumped and there is general but mild soiling to the externals with the spine being darkened. A clear and removable archival cover has been fitted.
View More... 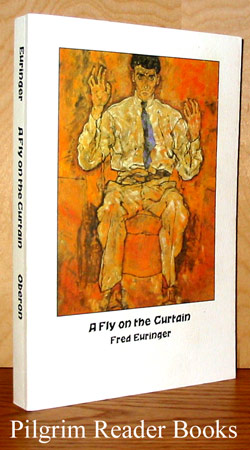 A Fly on the Curtain. 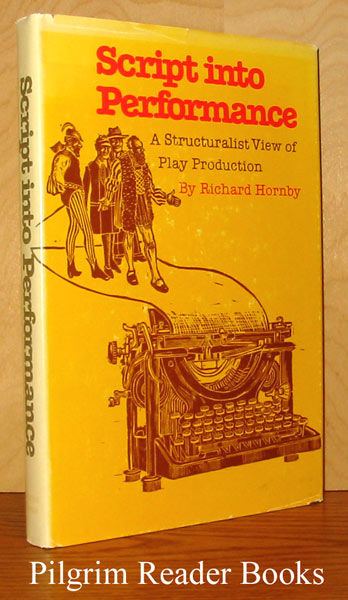 Script into Performance: A Structuralist View of Play Production.

8vo - 23 x 15 cm.; xi - 215 pp. Brown cloth over boards with black lettering on spine. As a part of the discussion in this book Hornby considers three examples, Shelley's "The Cenci", Ibsen's "A Doll House", and Pinter's "The Homecoming". Previous owner's name written on the front free end paper and the externals show a trace of shelf wear. The dust jacket is faded on the spine and has mild edge wear.
View More... 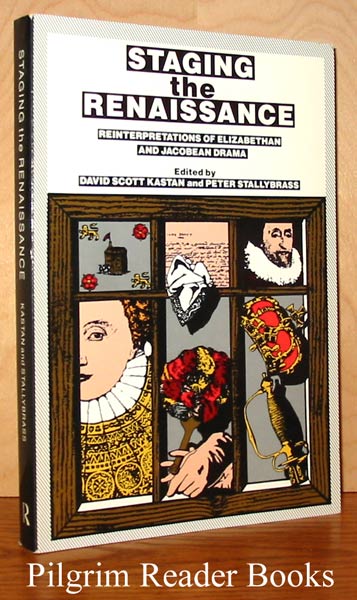 Staging the Renaissance: Reinterpretations of Elizabethan and Jacobean Drama.

8vo - 23 x 15.5 cm.; x - 293 pp. Twenty four essays in total with ten " . . . essays establishing the historical conditions of playacting, from boy actors and antitheatrical sentiment to the production and ownership of theatrical script, and the effects of censorship. (Fourteen) essays than offer critical reassessments of individual non-Shakespearean plays . . .". Previous owner's name on the inside of the front cover, otherwise very clean and sound with no apparent signs of ever having been used.
View More... 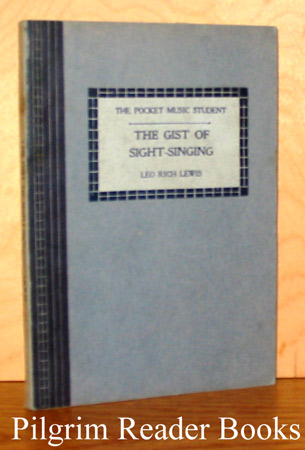 The Gist of Sight-Singing: The Pocket Music Student.

12mo - 17.5 x 12 cm.; 96 pp. Gray/blue wraps with blue lettering and decorations on front. An introduction to sight singing and in some ways a simplified version of the standardized "Melodia" by Cole. Minor soiling and wear to the wraps with some text paper browning.
View More... 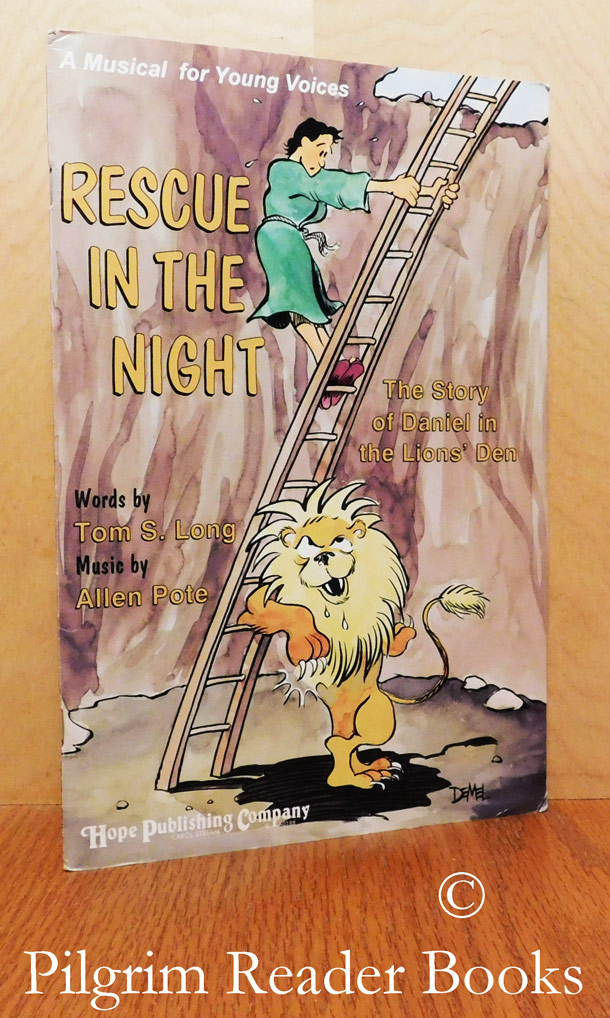 Rescue in the Night, The Story of Daniel in the Lions' Den.

4to - 26 x 17 cm.; 70 pp. Saddle-stapled binding. A Musical for Young Voices. Words by Long, Music by Pote. Long is the director and playwright of the Friends of the Groom Christian Theater Company based in Cincinnati. Pote is a successful composer of Christian music and has collaborated with Long on a number of children's musicals. Minor edgewear; a clean, sturdy copy.
View More... 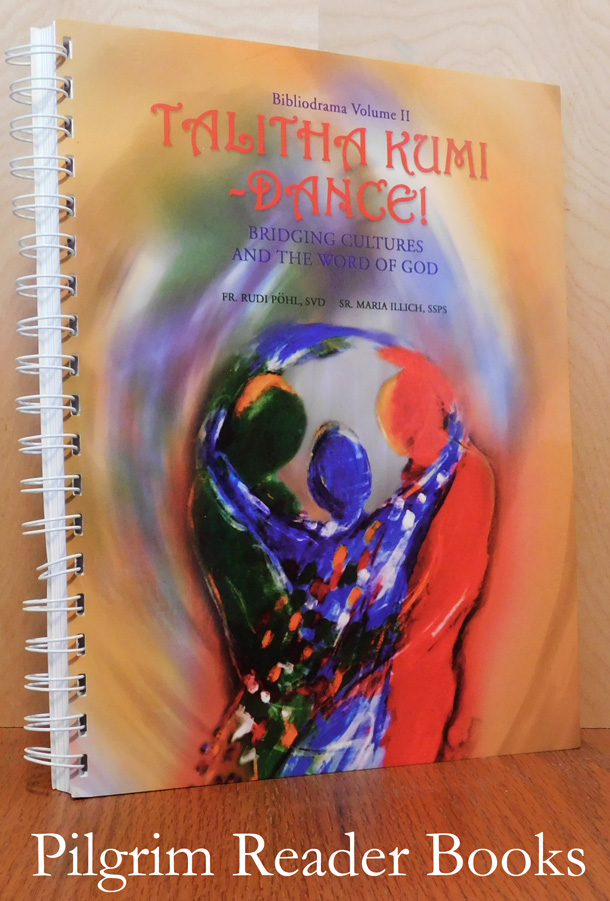 4to - 28 x 22 cm.; 156 pp. Spiral bound. Bridging Cultures and the Word of God. Originally published in German. Contents: Part I - Dance and Movement: Mental Leaps and Dance Songs. Part II - Dance-Meditation-Gestures: Expressions of the Soul. The CDs that accompany this volume are missing. The text itself is in very good condition.
View More... 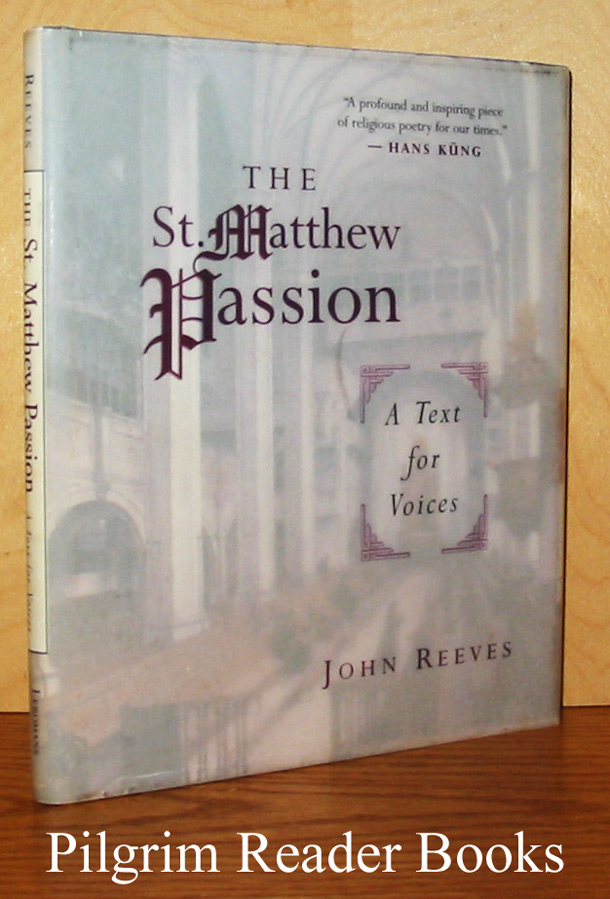 The St. Matthew Passion: A Text for Voices.

12mo - 19 x 15.5 cm.; x - 108 pp. Pictorial paper covered boards with no external lettering. The dustjacket is one of the translucent but slightly opaque mylar jackets with lettering on both the front and back panels. "An inspiring and illuminating series of meditations on Bach's St. Matthew's Passion and the experience of those who perform the music." An English version of the libretto as prepared by Edwrad Elgar and Ivor Atkins is included, pages 79 to 108.
View More... 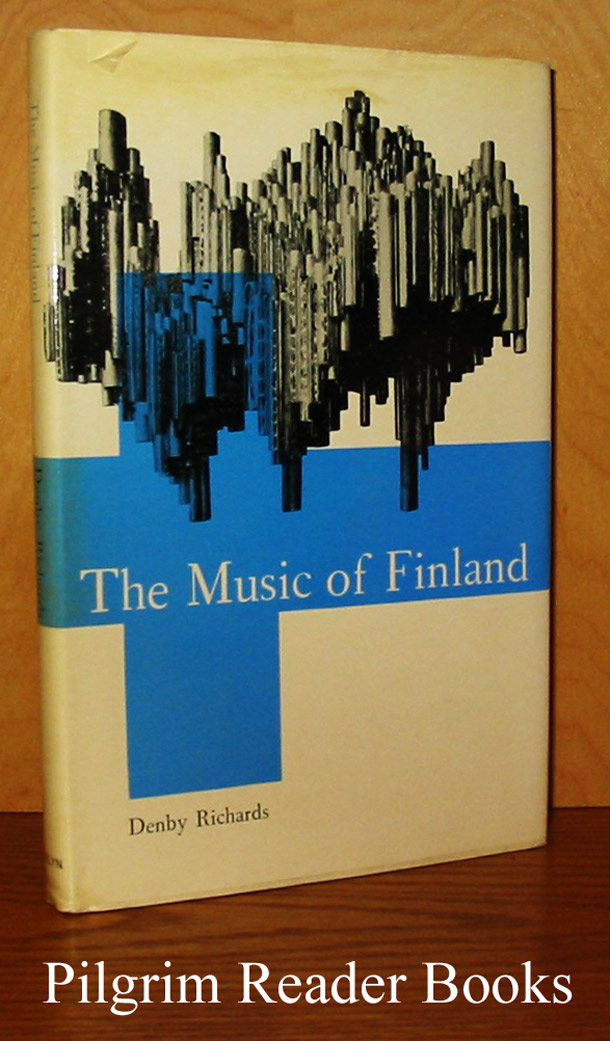 The Music of Finland.

8vo - 21.5 x 13.5 cm.; viii - 120 pp. Blue cloth over boards with silver gilt lettering on the spine. Illustrated end papers and also illustrated with 18 pages of black and white photographs one of which is the frontis piece. From the dust jacket: "This is the first book in the English language dealing exclusively with the history and significance of Finland's musical culture, and it traces the development from the church music of the 14th century through the first music schools and teachers to the present time." Thirty-seven page alphabetical listing of Finnish composers and their known works...
View More... 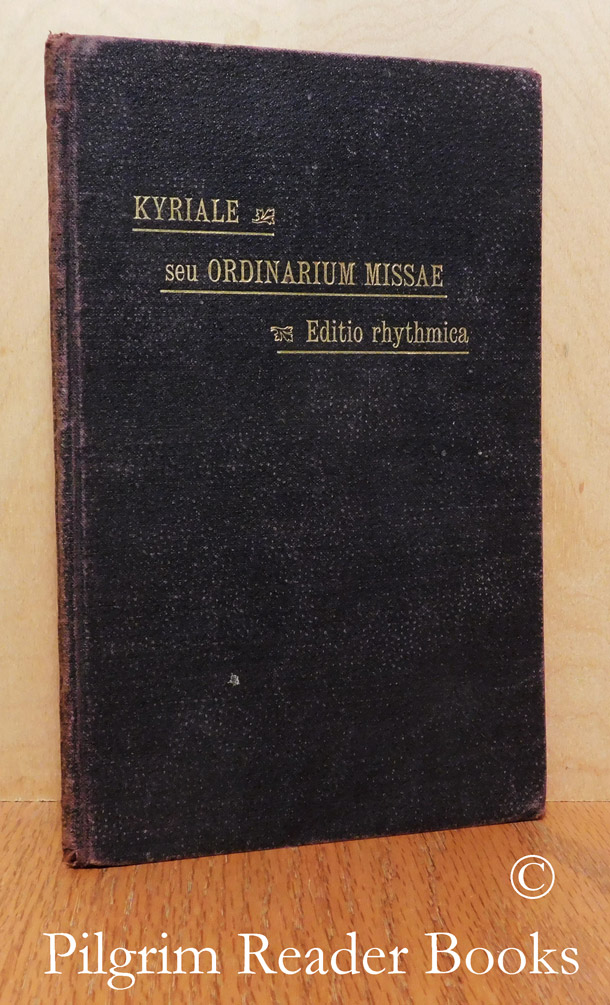 Condition: Fair with no dust jacket

8vo - 20.5 x 13.5 cm.; (2) - 87 - (1) pp. Dark brown cloth over boards with gilt lettering on the front board. Signed by Helen Traubel (Helen Traubel, Metropolitan Opera and Jimmy Durante's show), Perry Como, Russ Colombo, Frank Sinatra (F. Sinatra), and Bing Crosby (Der Bingle) on the verso of the front free end paper. This book belonged to a neighbour, Noreen, who along with her husband, Neil, and her brother, John - a priest, (all three from Rochester, New York, and all three now deceased) often went to New York in the 1930's for shows, both Broadway and opera. Having known both Noreen and ...
View More... 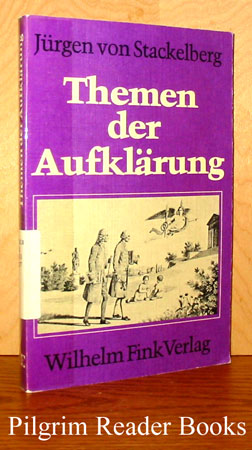 8vo - 21 x 13.5 cm.; 150 pp. The text is in German. Usual library markings plus library stamp on all 3 text block edges and clear tape on spine. The book appears to have been rarely used if at all.
View More... 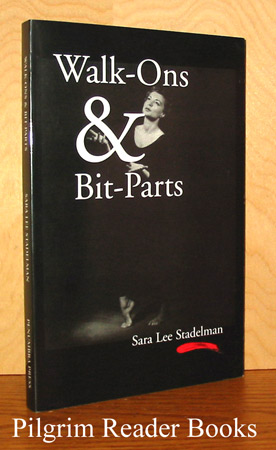 8vo - 21.5 x 14 cm.; 208 pp. A memoir of sorts by Sara Lee about her life in the dramatic arts of interpretive movement. Illustrated with black and white photographs. Sara Lee is a very engaging person and her dynamism and faith are readily apparent on the stage.
View More... 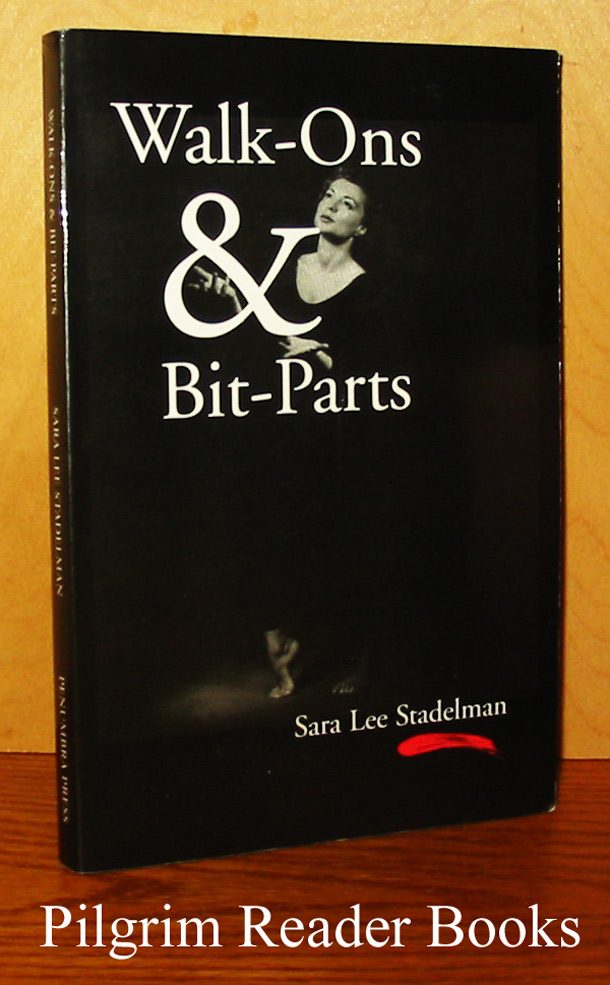 8vo - 21.5 x 14 cm.; 208 pp. A memoir of sorts by Sara Lee about her life in the dramatic arts of interpretive movement. Illustrated with black and white photographs. Sara Lee is a very engaging person and her dynamism and faith are readily apparent on the stage. Signed and dated with an inscription to the previous owner on the title page. The cover edges show mild wear and the covers thenselves show scuffing that is best seen in reflected light.; Signed by Author
View More... 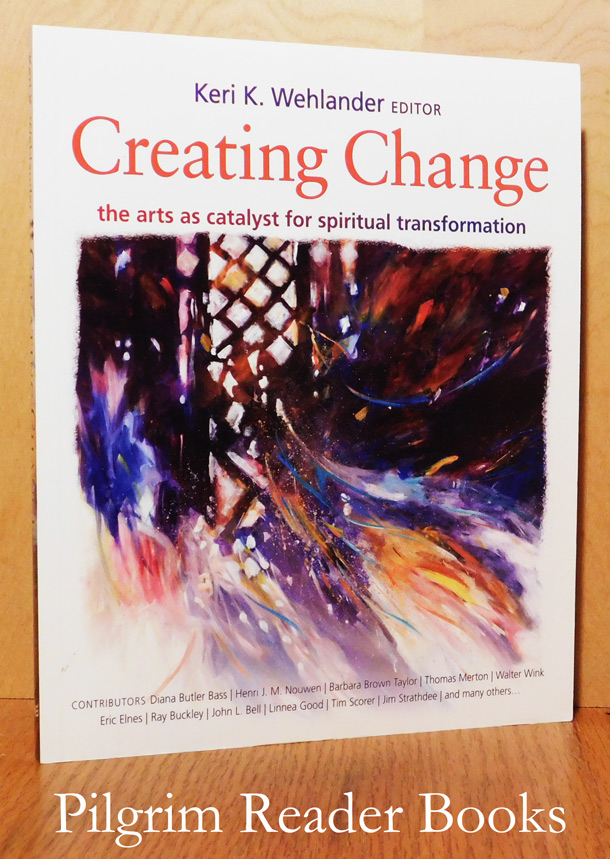 Creating Change, the Arts as Catalyst for Spiritual Transformation.

8vo - 23 x 18 cm.; 156 pp. A collection of stories on how the arts have transformed relationships with God and communities by such writers as Diana Bass, Henri Nouwen, Thomas Merton, Richard Berryman, Barbara Brown Taylor, and many others. An as-new and unused book.
View More... 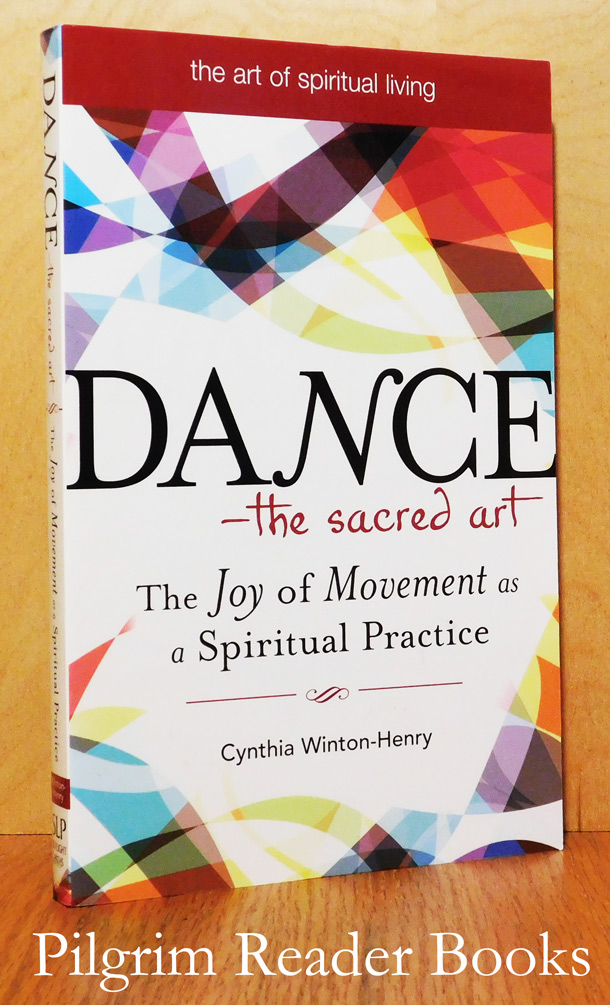 Dance - the Sacred Art, The Joy of Movement as a Spiritual Practice.

8vo - 21 x 14 cm.; xvii - 194 pp. "Drawing from her years of experience as a dance and movement teacher, and as cofounder of the international dance organization InterPlay, (the author) helps you to . . . discover in dance a place of solace and restoration, as well as an energizing spiritual force . . . taps into the spirit of dancing throughout history and in many world cultures . . ." Section on Resources and Further Reading. An as-new and unused book.
View More...