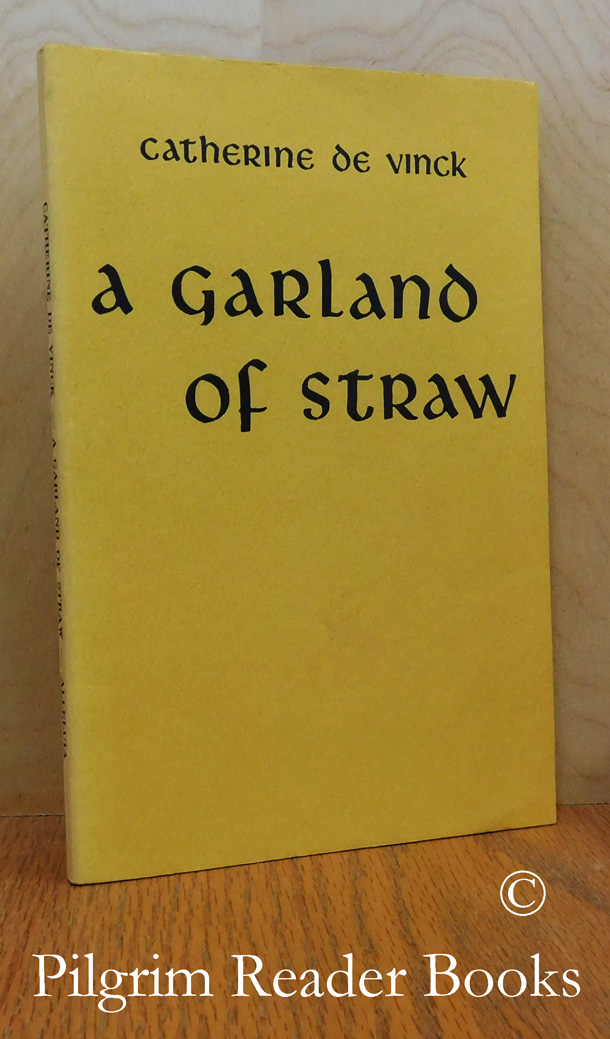 A Garland of Straw.

8vo - 23 x 15 cm.; 92 - [4] pp. Mustard yellow covers with black lettering on spine and front. This edition is printed by Theo. Gaus Limited of Brooklyn, New York and comprised 1000 copies. From the half title verso - "There is a nomadic people in Africa called the Peuls. When they move from one camping site to another, they leave a garland of straw in a thorn bush, just to say they have been there. These poems are my garland of straw, my way of saying, 'I have been there,' in the green places of the earth, yes, and in the deep hidden places where life itself is rooted."

Title: A Garland of Straw.

A Garland of Straw.