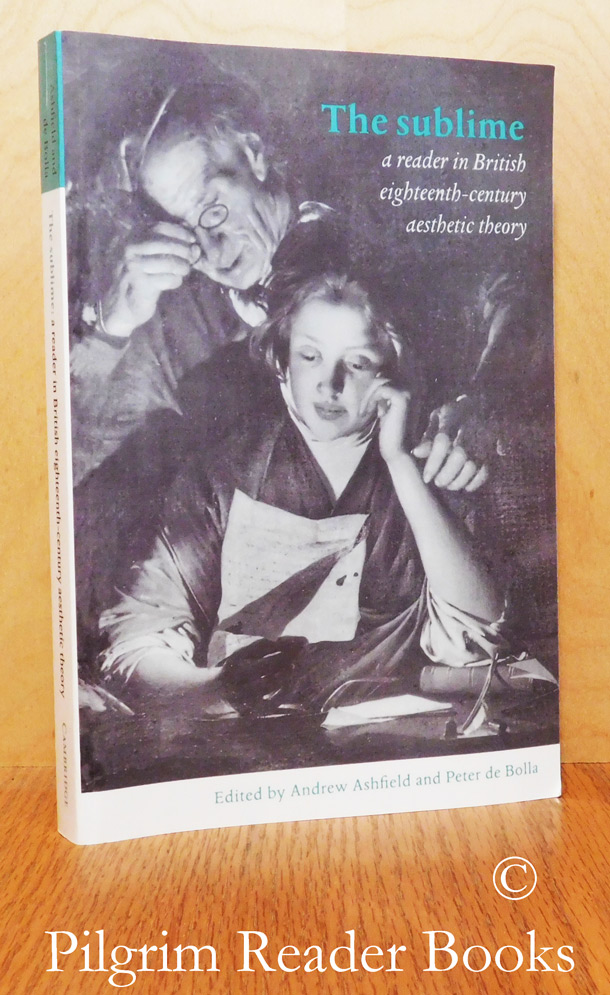 The Sublime: A Reader in British Eighteenth-Century Aesthetic Theory.

8vo - 23 x 15 cm.; ix - 314 pp. First published in 1996, this is the second printing. Eight page listing of sources and further reading at the back. From the back cover: "The study of aesthetics is grounded in the eighteenth century, and its elaboration of the key concept of the sublime . . . However, the unavailability of texts has all too often meant that the sublime has been reduced to the definitions of its most famous theorist, Edmund Burke. This anthology contains an introduction, head-notes and guides to further reading alongside major texts." Minor wear to the edges of the covers, otherwise clean with a sound binding.

Title: The Sublime: A Reader in British Eighteenth-Century Aesthetic Theory.

The Sublime: A Reader in British Eighteenth-Century Aesthetic Theory.