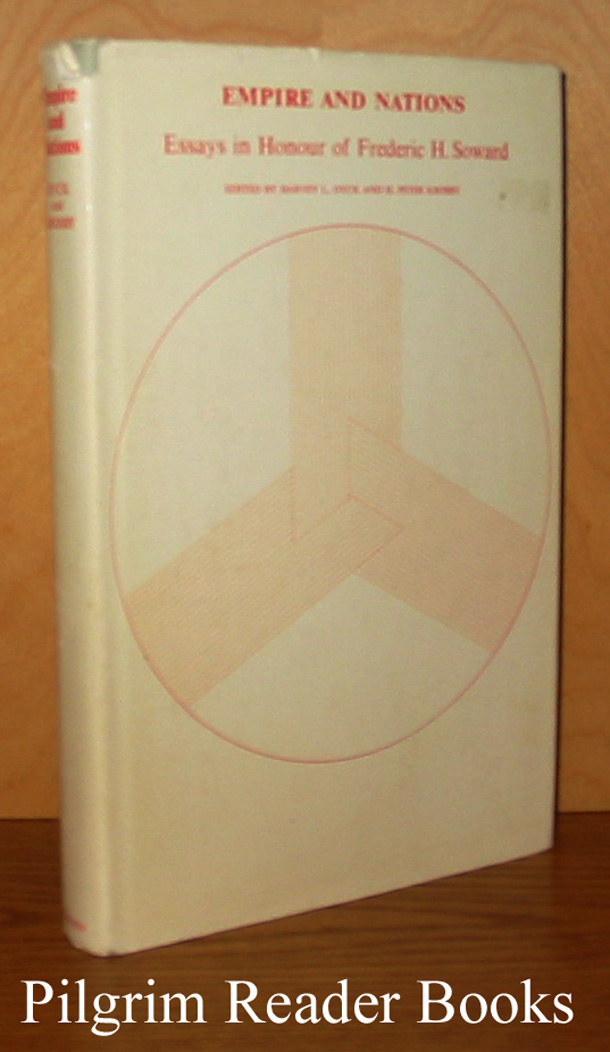 Empire and Nations: Essays in Honour of Frederic H. Soward.

8vo - 23 x 15 cm.; xxi - 228 pp. Light gray cloth over boards with red lettering on the spine. Contents: 1 - "Foreword" by Lester B. Pearson, 2 - "Introduction" by Margaret A. Ormsby, 3 - "Frederic H. Soward and the Development of International Studies in Canada" by Norman A. M. Mackenzie, 4 - "Politics, Culture, and the Writing of Constitutions" by John Conway, 5 - "Some Thoughts on Canadian Natiuonalism" by G. P. de T. Glazebrook, 6 - "Sir John A. Macdonald: The Man" by P. B. Waite, 7 - "Mackenzie King and National Unity" by H. Blair Neatby; 8 - "Canada and the Pax Americana" by John W. Holmes, 9 - "Antecedents and Origins of the Canadian Institute of International Affairs" by Edward D. Greathed, 10 - "Canadian and Australian Self-interest, the American Fact, and the Development of the Commonwealth Idea" by K. A. Mackirdy, 11 - "The Canadian Doctrine of the Middle Powers" by R. A. Mackay, 12 - "Collectivization, Depression, and Immigration, 1929-1930: A Chance Interplay" by Harvey L. Dyck, 13 - "Imperialism and Free Trade: Lancashire and India in the 1860's" by Peter Harnetty, 14 - "The British East Africa High Commission: An Imperial Experiment" by Jane Banfield Haynes, 15 - "Tribalism, Nationalsim, and Patriotism in Nineteenth and Twentieth-Century Africa" by J. Bertin Webster, 16 - "Bibliography: The Writings of Frederic H. Soward" by Eleanor Mercer. The book has some very mild wear to the spine tips, else fine. The clipped dust jacket is worn on the head edge and most of that at the spine crown.

Empire and Nations: Essays in Honour of Frederic H. Soward.