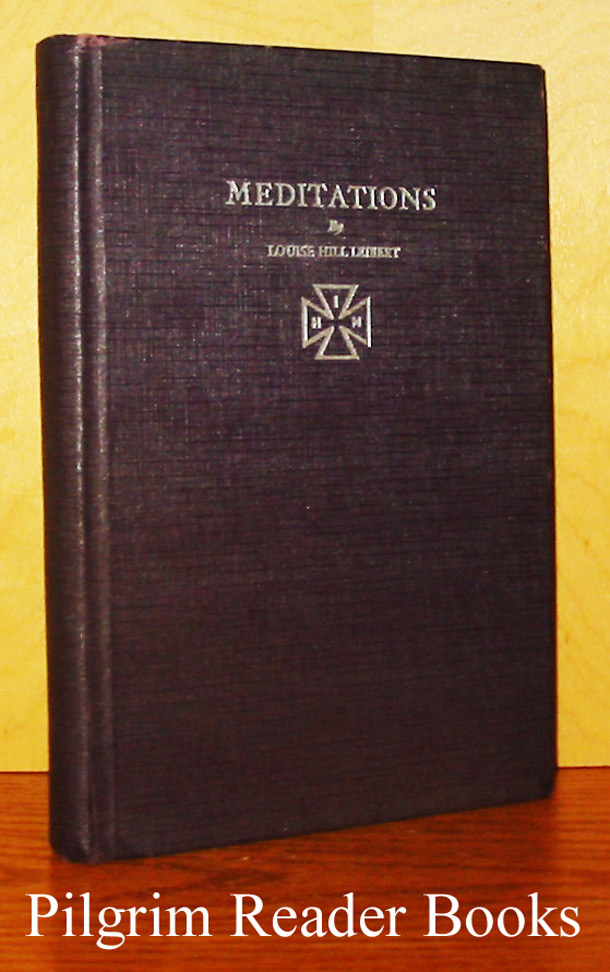 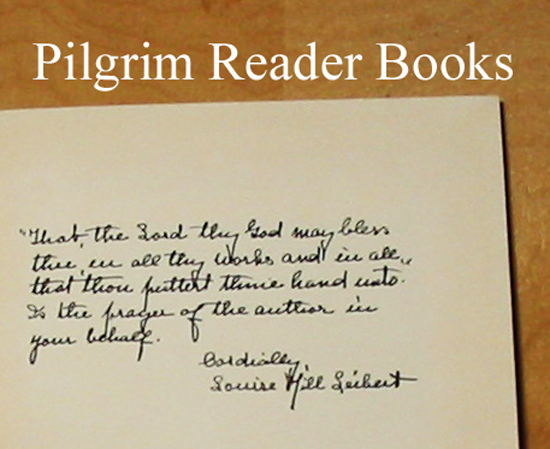 8vo - 19 x 12.5 cm.; vi - 167 - (3) pp. Purple cloth with silver gilt lettering on the front board only. From the verso of the title page: "At its 32nd Convention, in October, 1931, Texas Branch unamimously petitioned Central Council to publish in book form such of Mrs. Leibert's addresses and devotionals as might be available. Central Committee's affirmative decision was ratified by the General Convention, June 6, 1932, at Columbus, Ohio. As the supply was exhausted, it was voted at the Cebntral Council Meeting at Chautauqua, New York, July 31, 1935, that Mrs. Leibert add her later meditations and prayers to those already in the book of Meditations, and that one thousand copies be published with Mrs. Leibert's autograph". Frontis photograph of Mrs. Leibert, president of the International Order of the King's daughters and Sons, 1928-1936. This book is the third edition. The last 2 pages are information about the endowment fund and a bequest form. The book is signed, with a generic and long inscription, by the author on the recto of the frontis piece. A previous owner has printed the shortened title "Meditations" on the tail edge of the text block. Aside from that and some light wear to the externals, the book is very clean and crisp. A clear and remobvable archival cover has been fitted.; Signed by Author