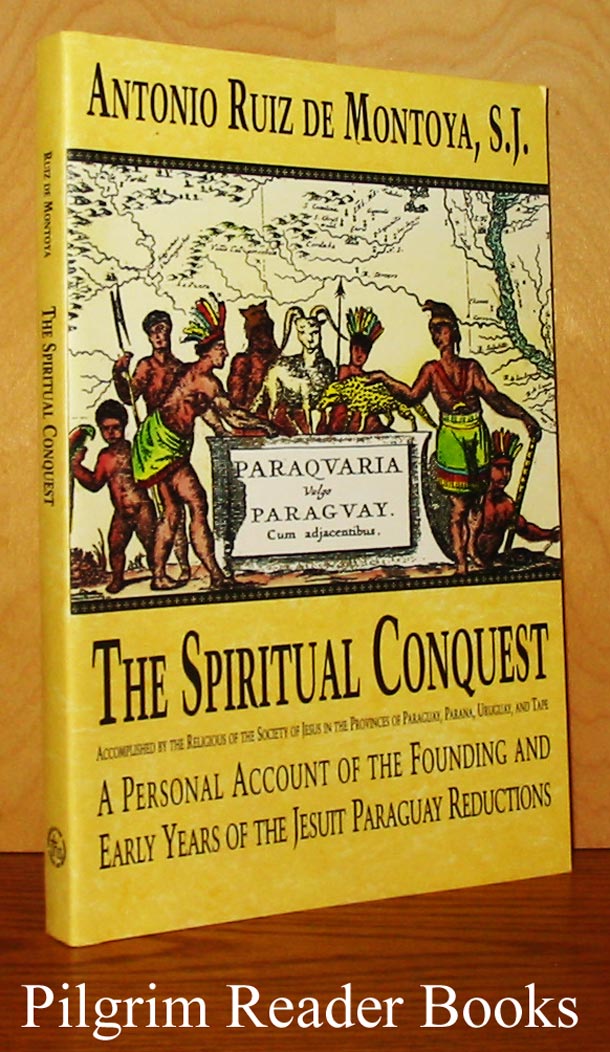 8vo - 23 x 15.5 cm.; 223 pp. The title continued: " . . . Accomplished by the Religious of the Society of Jesus in the Provinces of Paraguay, Paraná, Uruguay and Tape . . . A Personal Account of the Founding and Early Years of the Jesuit Paraguay Reductions". Translated from the Spanish "Conquista Espiritual" by C. J. McNaspy SJ, John P. Leonard SJ and Martin E. Palmer SJ with an introduction by C. J. McNaspy SJ. Illustrated with one full page black and white map on page 26. Two appendices, 9 pages of notes, a 1 page select bibliography and a 5 page general index at the back. From the back cover: "In the early 1600's, a handful of unarmed Jesuits penetrated the forests of present day Paraguay and surrounding territories, and gathered tens of thousands of semi-nomadic Indians into large and prosperous towns. After flourishing for nearly a century and a half both materially and artistically, these oases of of independent Christian Indian civilization fell victim to the European colonists' violence and rapacity, as so tragically depicted in the film, The Mission".