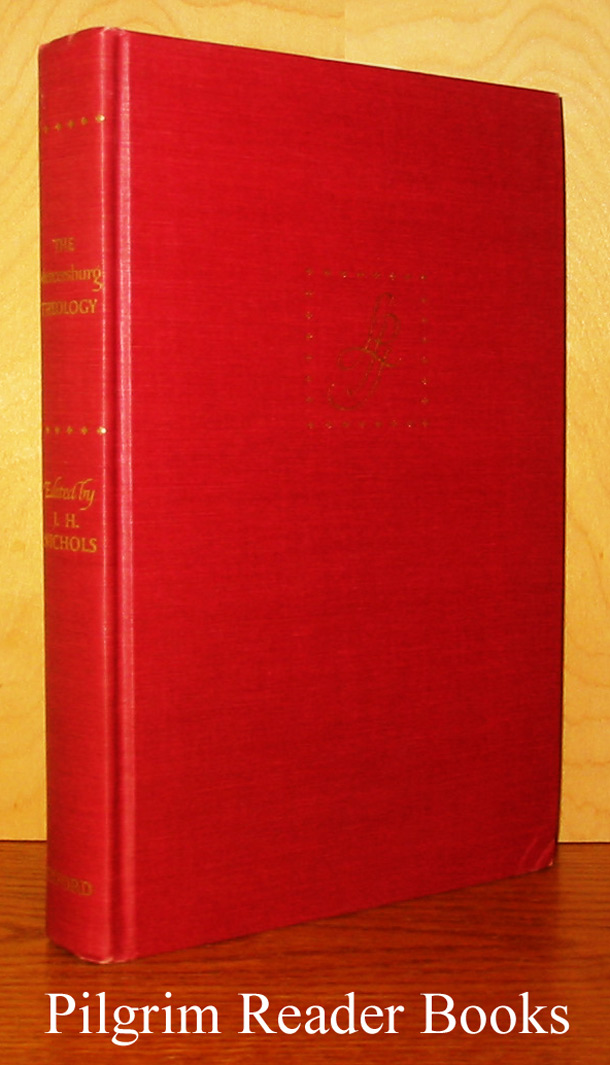 8vo - 23 x 15 cm.; viii - 384 pp. Red cloth over boards with gilt lettering on the spine. A volume from the "Library of Protestand Thought" from OUP. From the editor's introduction: "The Mercersburg theology took its name from a remote village in the Appalachian foothills near Mason and Dixon's line where the college and seminary of the German Reformed Church were located. In the middle of the nineteenth century these institutions acquired theological and philosophical distinction under the leadership of two men in particular, the historian and liturgist Philip Schaff (1819-93), and the theologian John Williamson Nevin (1803-86)." Contents: Part One - Christ and the Church, "Catholic Unity", "The Church", "The Incarnation", and "Antichrist and the Sect" by John Williamson Nevin. Part Two - The Pattern of Historical Development of the New Creation, "Theses for the Time", "The Three Ages of Church History", "German Theories of Development" by Philip Schaff and "The Meaning of Protestantism in Ecumenical Christianity: Answer to Professor Dorner" by John Williamson Nevin. Part Three - The Reformed Eucharist: Communion through the Glorified Humanity, "The Mystical Presence: Reformed Doctrine of the Lord's Supper", "The Doctrine of the Reformed Church on the Presence of Christ in the Lord's Last Supper" by John Williamson Nevin, "An Evangelical Catholic Liturgy". Part Four - Heteronomous Authority and the Autonomous Individual, "Human Freedom", "Theology within the Creed", "Ultramontanism: Brownson's Quarterly Review" by John Williamson Nevin. Part Five - "The Ordination of Ministers" and John Williamson Nevin's "The Christian Ministry. Four page selected bibliography and an 8 page index at the back. Previous owner's name on the front free end paper, minor wear to the board corners and spine tips, otherwise clean and tight. A clear and removable archival cover has been fitted.