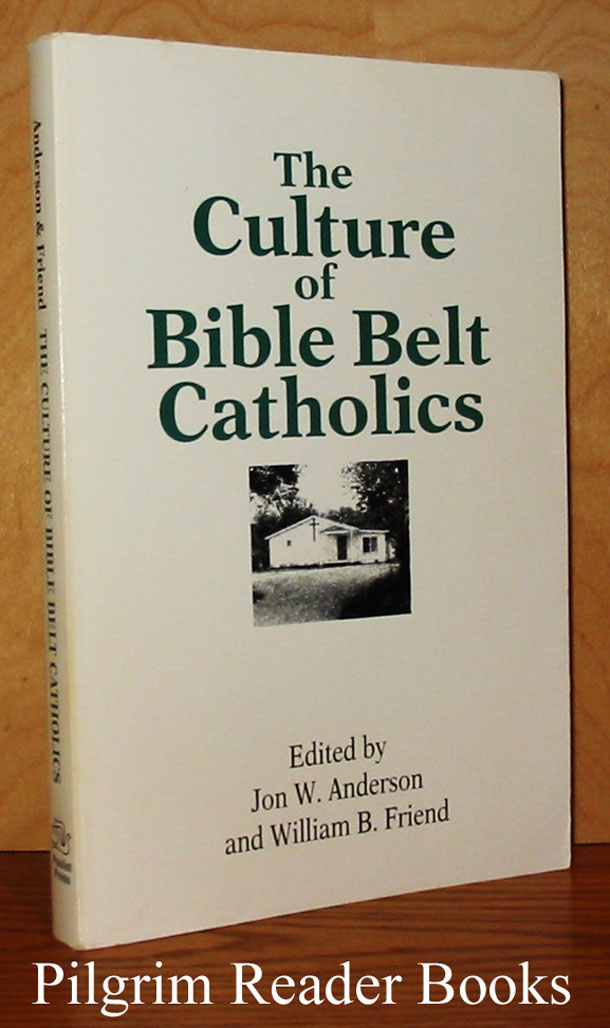 The Culture of Bible Belt Catholics.

By: Anderson, Jon W. and William B. Friend.

8vo - 23 x 15 cm.; v - 303 pp. From the back cover: "This book is the outgrowth of a research project attempting to identify the cultural charateristics of Roman Catholics in the Bible Belt South - the area from Virginia to eastern Texas and Oklahoma in which Catholics make up less than 4 percent of the population". Contents: 1 - "An Ethnographic Overview of Cultural Differences of Bible Belt Catholics" by Jon W. Anderson, 2 - "Pastoral Reflections on Cultural Differences of Bible Belt Catholics" by William B. Friend, 3 - "Theological Reflections on an Anthropological Study of Bible Belt Catholics and Their Culture" by Donald W. Buggert, 4 - "Catholic Imagination and Inflections of Church in the Contemporary South" by Jon W. Anderson, 5 - "Metaphors of Church and Community in Central Texas Catholic Gatherings" by Gwen Kennedy Neville, 6 - "Catholic Aesthetics in the South: An Anthropolog ical Approximation" by Gary W. McDonogh, 7 - "A Cultural Reading of Literature on the Catholic Church in the South" by Paul E. Murray, 8 - "Annotated Bibliography of Literature Relevant to Catholic Southerners" . The book shows a whisper of wear to the edges of the covers, else fine.

The Culture of Bible Belt Catholics.