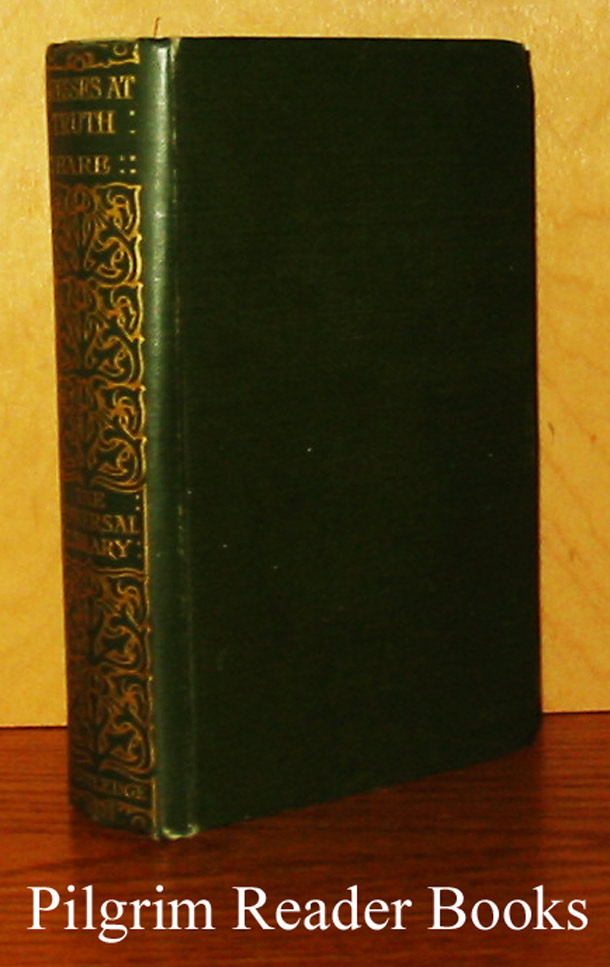 16mo - 15 x 9 cm.; xi - 478 pp. Two Series in One Volume. Originally published in two volumes in 1827 and 1848. This has been reprinted many times; there is no copyright date on this copy which is part of Routledge's The Universal Library series. As subsequent to the first edition, this copy does contain the revisions Julius later made after William's death. Starting with a hommage to William Wordsworth as a sort of preface, this is a collection of various essays and thoughts on literature, theology, philosophy, whatever the brothers put their minds to. Augustus Hare (1792-1834) was involved in education and eventually the Church. Julius Hare (1795-1855) was a clergyman in the Church of England, one of Queen Victoria's chaplains, and was somewhat controversial in his ideas. Green cloth-covered boards with gilt spine lettering and decoration. Some wear to edges of boards, bit of foxing, former owner's name on front free endpaper; binding sturdy, text pages are otherwise clean.