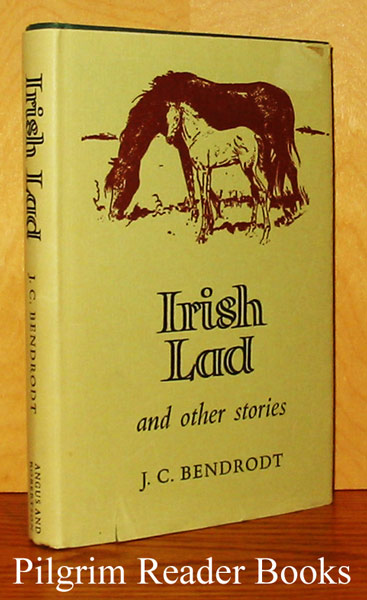 Irish Lad and Other Stories.

12mo - 18.5 x 12 cm.; [14] - 221 - pp. Green cloth over boards with gilt lettering on boards and gilt horse and rider embellishing the front board. Two page foreword by Frank Clune who refers to Bendrodt "the poet laureate of the horse and dog". Fifteen stories in all, several of which had been previously published in various periodicals and anthologies. Bendrodt could be called a latter day Renaissance man. Born in Vancouver, he shipped down to Australia where at various times he worked as a skating impressario (roller skating that is), a nightclub and cabaret owner, a ballroom dancer, a horse afficiando involved in training and breeding,a dog breeder, a restauranteur of some reknown with a reputation for bending the law when it came to liquour and income reporting, a vociferous champion of mistreated animals . . . he also wrote some stories and this book was his third one to be published. Some people sit by the river of life and watch it flow by, others jump right in and swim like the dickens. Previous owner's name on the half title page and there could be case for it being Bendrodt's own signature though I can find nothing to compare it to. Otherwise the book shows only a trace of shelf wear while the unclipped dust jacket has some mild to moderate wear to the edges, one small closed tear in the tail edge, and a small bit of sticker residue on the front top fore corner.

Title: Irish Lad and Other Stories.

Irish Lad and Other Stories.