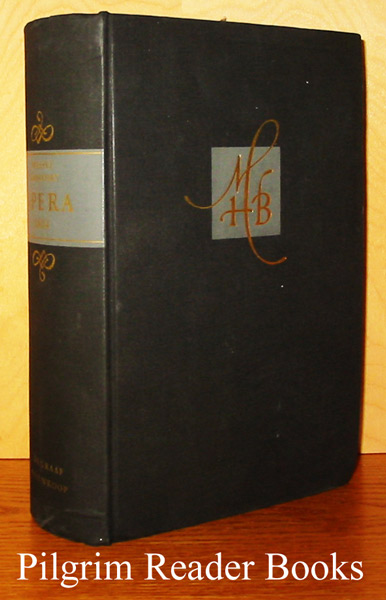 Opera, Facsimile of the Edition Groningen 1614

8vo - 22 x 14.5 cm.; 921 pp. Monumenta Humanistica Belgica, Volume 1.Text is in Latin. Gansfort (1419-1489), sometimes known as Johann Wessel, was a theologian and early humanist who, though Roman Catholic, was critical of his Church. Very learned and a scholar, he taught philosophy in Heidelberg and later was director of the Olde Convent in Groningen and associated with Mont St. Agnes at Zwolle. His works influenced Martin Luther. A biography was written by Albert Hardenberg and is included in this collection of the works of Gansfort. Again, this is the facsimile edition of one published in 1614. Black cloth-covered boards have some soiling as do the text block top and bottom edges, a bit of soiling on front endpapers and former owner's name; otherwise, binding is sturdy and text pages are clean.

Opera, Facsimile of the Edition Groningen 1614