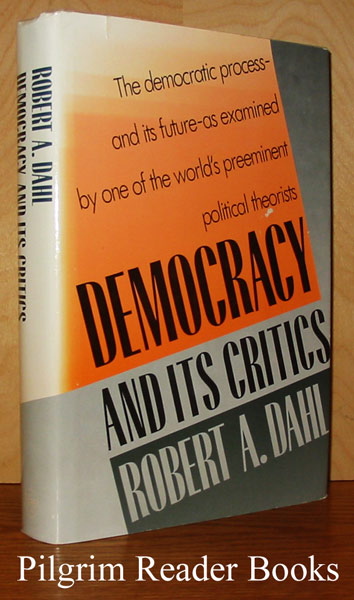 Democracy and Its Critics.

8vo - 23 x 15 cm.; viii - 397 pp. Dahl "examines the most basic assumptions of democratic theory, tests them against the questions raised by serious critics (both adversarial and sympathetic), and recasts the theory of democracy into a new and coherent whole." Footnotes, bibliography , index. Dahl was the Sterling Professor of Political Science Emeritus of Yale, past president of the American Political Science Association, authored many books and was the recipient of numerous awards for his work. Light brown cloth-covered boards with black spine lettering. Light soiling on text block bottom edge; a clean, sturdy volume. Dust jacket has some light edgewear, light rubbing.

Title: Democracy and Its Critics.

Democracy and Its Critics.