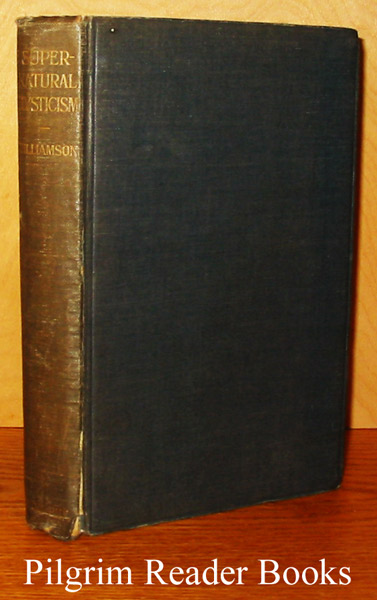 8vo - 22 x 14 cm.; xvi - 268 pp. Blue cloth over boards with gilt lettering on spine. First published in 1921, this is the second printing. With an introduction by Cardinal Bourne, the Archbishop of Westminster and a foreword on the call to contemplation by the Lord Bishop of Plymouth. Written just after the end of the first world war, Cardinal Bourne has this to say: "There are at the present day so many souls, not only those consecrated to God in the priesthood and in the cloister, but among men and women of every rank and position in the world who need only a little encouragement in order to unite themselves more completely to our Lord. By such union not only would their own sanctificati on be rapidly promoted, but their influence for good upon their own immediate world would be enormously increased". Previous owner's name on the front free end paper and an old bookseller's label on the back paste down end paper. The externals show only mild wear with the exception of the lower spine which is worn and has a 4 cm spilt in the front joint. The spine itself is faded. The interior pages are browned or age toned with a few having small dog eared creases, otherwise very clean. The binding is a tad shaken though still solid and sound. A clear and removable archival cover has been fitted.