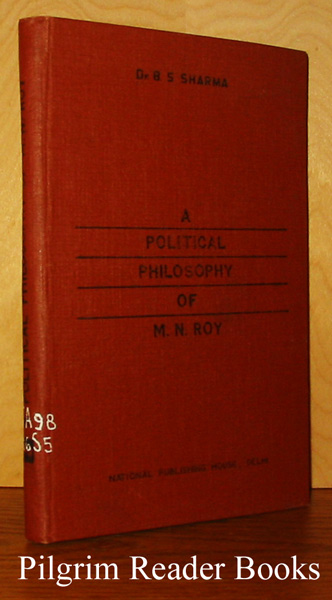 8vo - 21 x 13.5 cm.; (4) - 147 - (1) pp. Tan cloth with black lettering on front and spine. Manabendra Nath Roy established the first Communist Party outside of Soviet Russia and did so in Mexico. He was also quite active in the Chinese communist movement. The book presents the historical progression of Roy's political philosophy and concludes with a draft version of the "Constitution of Free India". Usual library markings including stamps on the text block edges. The book has been cheaply produced and the binding, though still good, is a tad tender. A relatively uncommon but important historical work.; Ex-Library