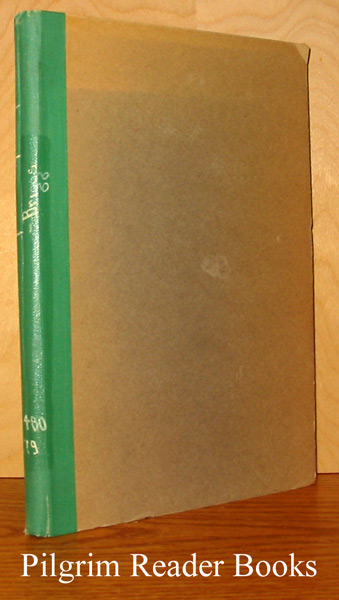 The Authority of Holy Scripture, An Inaugural Address

8vo - 22 x 15.5 cm.; 111 pp. This is the second edition, with preface and appendix containing additional notes and explanations. An American Presbyterian minister and theologian, Briggs (1841-1913) was tried for heresy as a result of this speech. It created such an uproar that he felt compelled to publish this second edition to try to explain further his ideas. He later became a priest in the Episcopal Church. This copy was bound into plain cardboard covers with cloth tape at the spine. Library markings consist of spine number, stamping on text block edges, card pocket on the front cover of the paper wraps of the booklet, other library attachments on the verso of the cardboard front cover, blindstamped library name on title page and an interior page; former owner's name on the front cover of the booklet (G. J. A. Thompson, 1892), an extensive handwritten commentary on blank page facing title page, occasional and brief underlining and marginalia throughout text. ; Ex-Library

Title: The Authority of Holy Scripture, An Inaugural Address

The Authority of Holy Scripture, An Inaugural Address