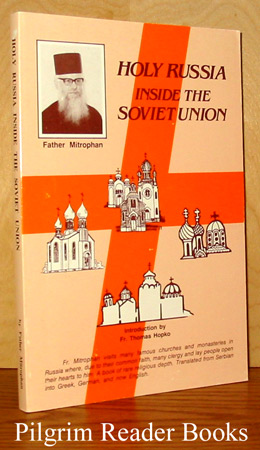 Holy Russia: Inside the Soviet Union.

8vo - 21 x 14 cm.; iv - 171 pp. Originally published in Serbian in 1987 and translated into English by Nikola D. Kostich. Fr. Mitrophan is a monk from Hilandar Monastery at Mount Athos in Greece and he travelled as part of a delegation from Mount Athos to visit churches and monasteries in Russia during the summer of 1976. He wrote a series of reflections and impressions of his journeyings for the Monastery's publication over the course of the next several years and those writings were gathered together and put in a book form, this being the English edition of them. Quite minor shelf wear to the edges of the covers.

Holy Russia: Inside the Soviet Union.