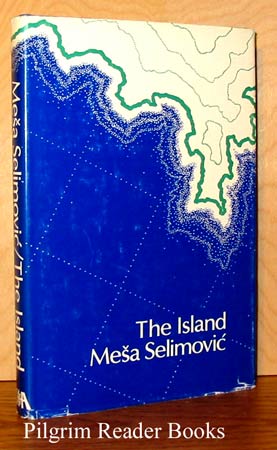 8vo - 19.5 x 13 cm.; x - 183 pp. Dark blue linen cloth over boards with gilt lettering on spine. Selimovic (1910-1982) has been compared to Ivo Andric and others as one of the important Serbian writers of the 20th century. This novel, originally published as Ostrov in 1974, is translated from the original into English by Jeanie Shaterian with an introduction by George Vid Tomashevich. Selimovic taught at the University of Belgrade and towards the end of the Second World War joined the partisans in the fight for the liberation of Yugoslavia. This novel looks at the alenation of modern man and the difficulties inherent in trying to live together. His working of this theme is somewhat pessimistic though there are hopes of understanding through the redemption possible that arises from the tremendous suffering that part of the world has endured and continues to even in this present day. A previous owner's dated inscription is on the verso of the first blank leaf and the DJ shows moderate edge wear with general rubbing of both the front and back panels.