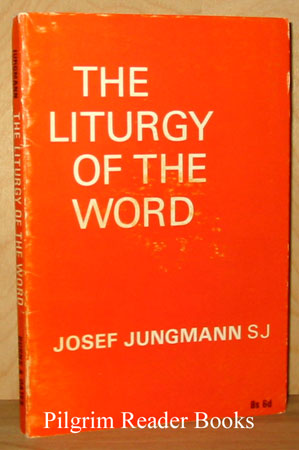 The Liturgy Of The Word.

12mo - 18.5 x 12.5 cm.; [10] - 82 pp. A translation of chapter 9 of the 4th revised edition of "Wortgottesdienst im Lichte von Theologie und Geschichte" by H. E. Winstone. Included are a few other shorter passages translated by Rosaleen Brennan. Perhaps the most important part of Jungmann's massive work as it deals with the liturgical 'reform' that started in the post war period. Library markings are minimal (Cistercian monastery) and consist of a stamp, an accession number, and a previous owner's name on the first preliminary page - 'tis all.

Title: The Liturgy Of The Word.

The Liturgy Of The Word.