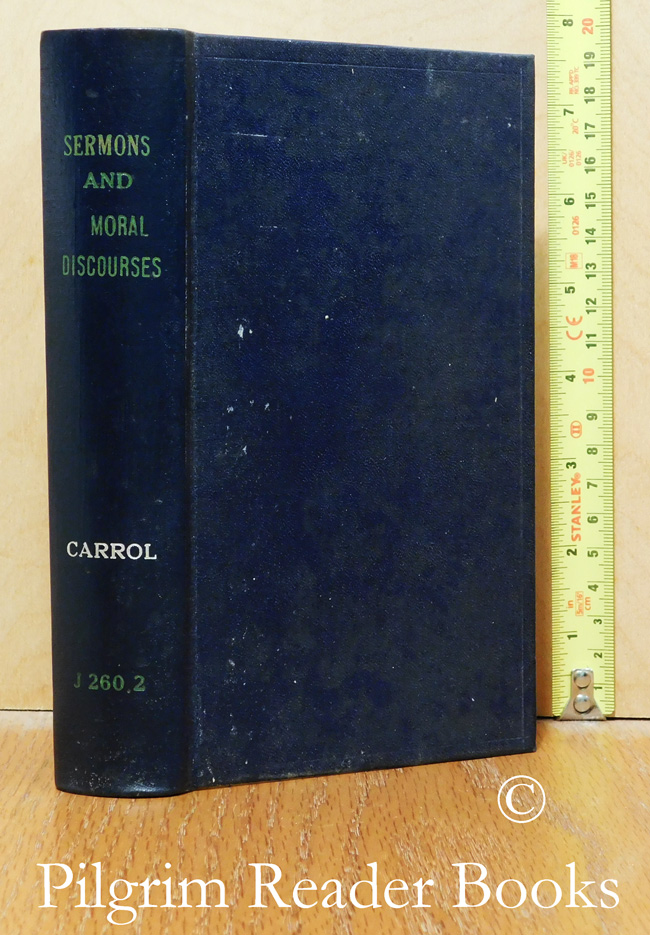 12mo - 18.5 x 11 cm.; viii - 476 pp. Rebound in a blue buckram with gilt lettering on spine. Stated fifth edition with no date given. Library is a novitiate one with usual library markings. Pere Bourdaloue (1632 - 1704) has been called the greatest orator that France ever produced. As a court preacher, he preached at Versailles nine various times during the reign of Louis XIV, he managed to steer clear of offending his audience/congregation while at the same allowing no compromise of the great and eternal truths. Many of his sermons were used in catechism text books. The translation from the original French is by a brother Jesuit, Reverend A. Carroll. The externals show wear with moderate scuffing and soiling. The interior is clean aside from the library markings, confined to the title and contents pages, and the binding is solid.

Title: Sermons and Moral Discourses on the Important Duties of Christianity.