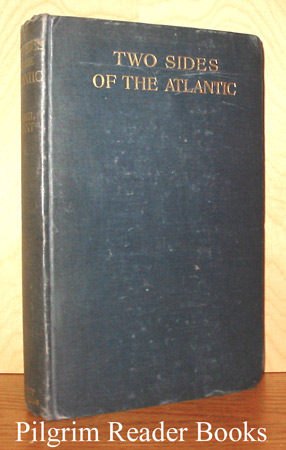 Two Sides of the Atlantic; Notes of an Anglo-American Newspaperman.

8vo - 22 x 14 cm.; 311 pp. Dark blue cloth over boards with gilt lettering on spine and front. A Brit's look at different aspects of American culture in the early 20th century such as newspapers, British in the US, social class, summer resorts, West Point and the Navy, millionaires, Americans in Britain, the Canadian bush . . . . . The spine is sunned, the corners bumped and the edges show mild shelf wear. Light foxing in text and that is confined to the first and last pages. Otherwise the interior is clean and the binding is solid. A clear and removable archival cover has been fitted.

Title: Two Sides of the Atlantic; Notes of an Anglo-American Newspaperman.

Two Sides of the Atlantic; Notes of an Anglo-American Newspaperman.